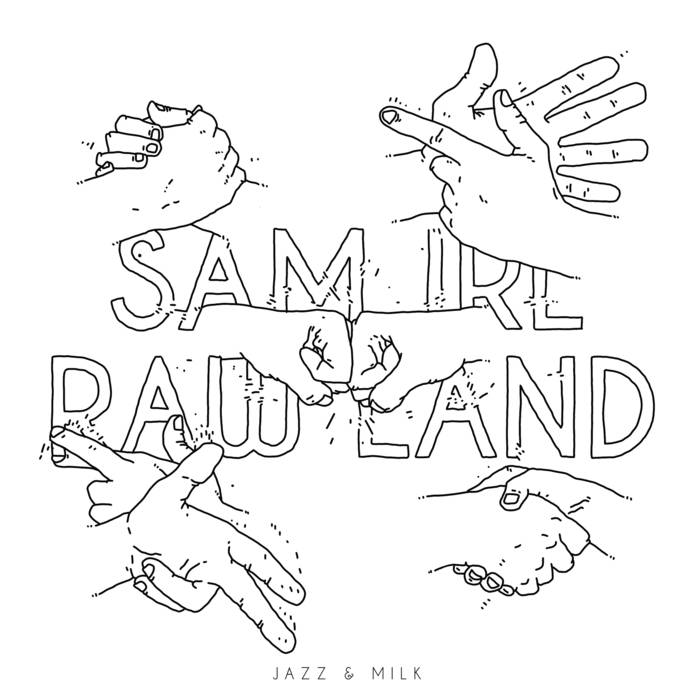 After various EP’s, remixes and compilation features, the Lower Bavarian Vienna-based musician and producer Sam Irl releases his debut album „Raw Land“. Assembling his collection of analogue synthesizers and stacks of vinyl records around his MPC sampler, he chopped up, sequenced, played and mixed together twelve jams ranging from broken beat, dub-influenced grooves, disco-ish material to raw deep house vibes. The combination of vinyl fragments, analogue synthesis, the grit of hardware samplers and mixing on a vintage mixing desk from the seventies create punchy, rough, yet also deep and soulful grooves.

Growing up in a small village in rural Lower Bavaria, Sam Irl learned to play the piano and organ at an early age, later moving on to jazz piano and first attempts at music production as well as DJ-ing. The lack of an existing underground music scene in his home town provided him and his friends with a healthy need and rooted foundation to organize their own regular parties at a local farm and smaller venues in the area, including on the banks of the River Danube, playing eclectic music ranging from roots reggae, hiphop, funk, broken beat, nujazz to house, UK garage and drum’n'bass and to collaborate on musical projects, such as making beats for regional MC’s.

He has been living and working in Vienna for over a decade as a producer and sound engineer while completing his degree (2015) at the University for Music and Performing Arts.

He has also contributed remixes for Trishes (FM4 Tribe Vibes), Inverse Cinematics, JSBL, Aloa Input, Swede:art, G.rizo, Funkyjaws and others. Firmly rooted in hip hop culture, he has been making beats for several Bavarian rap artists. Apart from releasing his solo music, Sam Irl has made records as a member of „SKYMAX“, a trio together with Finnish underground producer Stiletti-Ana and Viennese homie, Feater. He is currently working on a record and playing live shows with Patrick Pulsinger for their dub-heavy „Pulsinger & Irl“ project.